The Santa Eulària Ibiza Marathon sells out all its numbers with more than 4,000 runners registered

We have officially presented the fifth edition, which includes the main event, the individual or relay Marathon, an innovative 22K and a 12K.  All in all, it is expected that on Saturday 9th April around 4,000 runners will live the #RunAndFeel experience and cross the finish line on the Santa Eulària des Riu seafront promenade between the three distances.

For his part, Francisco Larrey emphasised that “this is the first time in history that Ibiza will have 4,000 runners practising sport at the same time”. He also acknowledged that the aim of the sporting event is to continue growing year after year with the same projection as in recent years. The mayoress of the town of Santa Eulària has expressed her “joy at once again taking up this sporting event, hosting the #RunAndFeel experience and allowing runners to experience the essence and culture of the island”.

Salvador Llosa, in his statements, recalls that it is an event declared to be of tourist interest. That is why “we must continue to support it and grow with it”. The #RunAndFeel experience offered by the Santa Eulària Ibiza Marathon is also worth mentioning. This is what Juan Miguel Costa explained, highlighting that “tourists are looking for an experience, a different experience, and that is what this race offers”.

Desireé Ruiz expressed her great joy at hosting the start of the main event, while Toni Ramón highlighted the “opportunity for local athletes to participate in an event of this calibre, as well as for businesses, which have the opportunity to collaborate and grow thanks to this race”.

Finally, the Director General of Tourism of the Balearic Islands government recalls that the Santa Eulària Ibiza Marathon brings together all the institutions. “This event is a benchmark, which is why it transcends beyond the Balearic Islands,” said Morillo.

They all agreed on the importance of the event for the deseasonalisation of tourism on the island and the positive impact it generates on the island, as it shows a side of the magical island focused on healthy living, sports tourism and leisure experiences. 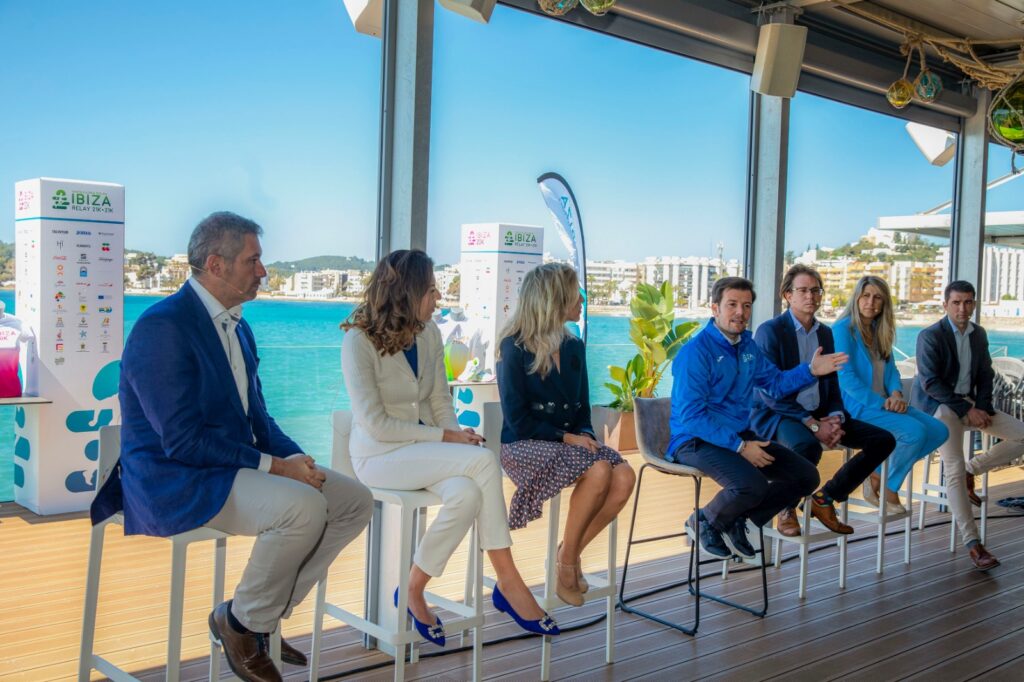 In search of the record

In this fifth edition, we have elite athletes who will try to beat the records of the race. The participation of international Ethiopians Muleta Deyisa Felate, making his debut in the 42KM race, and Gizachew Hailu Negasa, who has a personal best of 2:09:26, stand out. In the women’s category, the race features two promising profiles to break the 2019 record. Bashanke Bilo Imoshe, an Ethiopian professional runner with a personal best of 2:31:26 and Dagmawit Ademke Ethashenafi with a marathon time of 2:30:24 will participate.

Likewise, the Spanish Olympic athlete Dani Mateo, repeats participating in the Santa Eulària Ibiza Marathon after breaking the marathon relay record last year together with the local athlete William Aveiro. In this fifth edition, Mateo will be looking for a great record in the new 22K distance, and he will also be an ambassador of the sporting event.