We are celebrating, because we have managed to smash the records in two of our distances: marathon and 22K. In the main distance, the marathon, it was the Ethiopian athlete Ademke Ashenafi who broke the record with a time of 02:33:37, beating Belainesh Yami’s time of 2:34:30 in the 2019 edition. Similarly, the Olympic athlete Dani Mateo has achieved the best time in the 22K distance, with a time of 01:11:10, which is the best time of the Ibiza race.

Thus, we have flooded the island with the Runandfeel spirit, which has meant that thousands of runners have filled the streets of Ibiza running through the most emblematic places of the island, crossing the finish line on the promenade of the bay of Santa Eulària des Riu. The participants of the three distances of the sporting event – individual or relay marathon, 22K and 12K – have lived the fifth edition of this experience in a weekend of sport and leisure on the magical island. 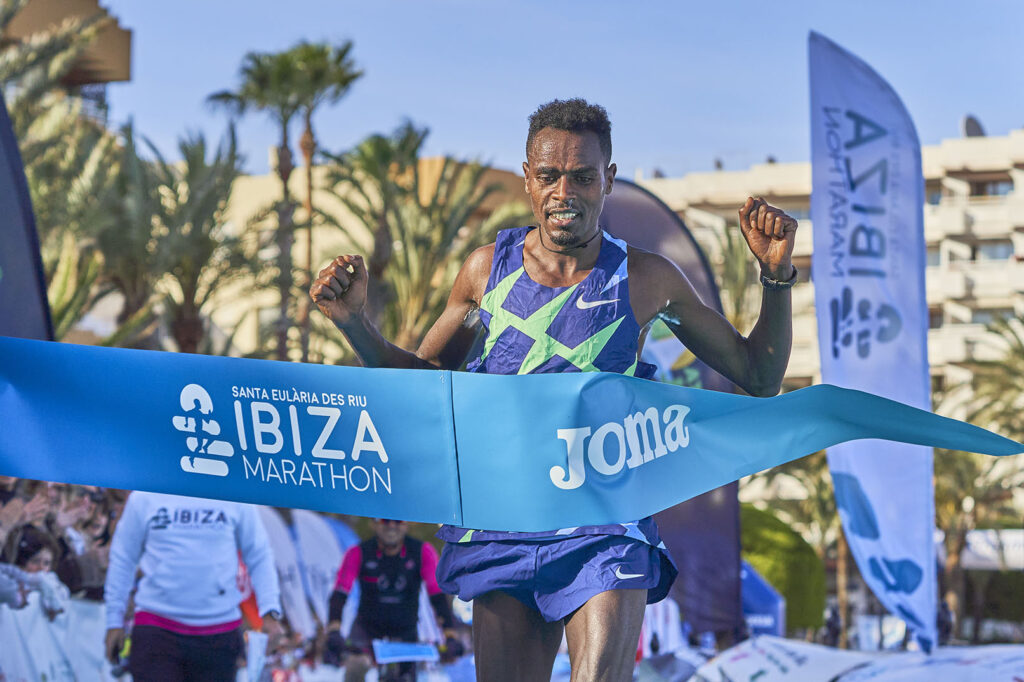 The Councillor for Sports and Finance, Salvador Llosa, was in charge of kicking off the marathon in the port of Ibiza at 4pm, on the shores of the Mediterranean and the Castell de Dalt Vila, recognised as a World Heritage Site. Similarly, in the town of Santa Gertrudis the new 22K distance has been launched. Antonio Marí, sports councillor of the Santa Eulària des Riu Town Council, was in charge of giving the starting signal to the nearly one thousand runners. Finally, the 12K distance had the most crowded start in the port of Santa Eulària des Riu after the starting signal was given by Carmen Ferrer, mayoress of the town of Santa Eulària des Riu.

Ibiza’s world-famous sunset witnessed a magical afternoon at the fifth edition of the Santa Eulària Ibiza Marathon.  With this new record, the most important sporting event on the island consolidates a great event that began in 2017 and is becoming one of the most attractive experiences for running on the international calendar.